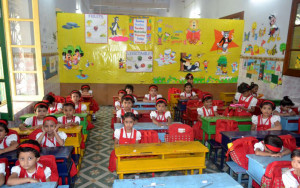 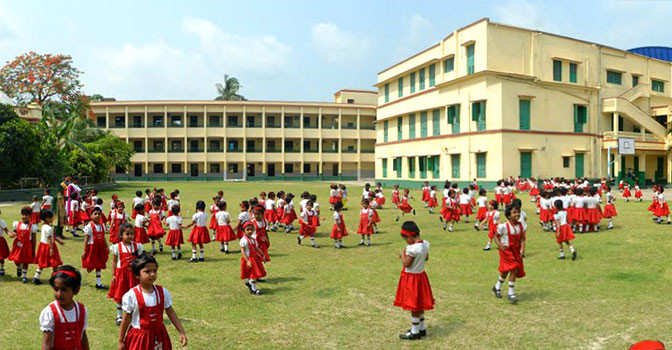 Nanette’s Nursery in the playground

As a child, Anne Marie Javouhey was affectionately called NANETTE. It is from her that our Nursery gets its name ‘NANETTE’.

Nanette was a lively child who won the attention and attraction of all who came in contact with her. She was born on 10th November, 1779 at Burgundy in France. God had destined her for great work. But it was her parents, as authentic christians, who moulded and shaped her character and helped her to respond to God’s gift. Thus God’s gift to her was fully utilized in the service of her neighbour first as a young girl in her own home town and later in other parts of her country and finally countries outside France.

Nanette’s Nursery is an English Medium Catholic Nursery established in 1998 by the registered Society of the Sisters of St.Joseph of Cluny in the Arch Diocese of Calcutta. Although meant primarily for Catholic Students, the Nursery is open to all irrespective of religion, caste or community.

The aim of the Nursery is happy learning through Audio Visuals and suitable play way methods to enable the tiny-tots to understand and communicate easily in English.